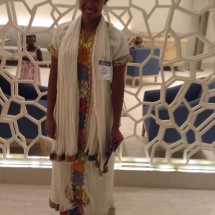 Anya Cushnie Mills is a global health practitioner with over 10 years of experience in communicable disease prevention and control. She has a Masters in International Health from the Royal Tropical Institute/ Free University in Amsterdam and currently works as a Public Health Specialist at the US Embassy in Kingston. She currently supports the Charles Hyatt Foundation in its resource mobilization initiatives.

She is an avid traveller and enjoys outdoor activities such as hiking. The beach is always high on her agenda. 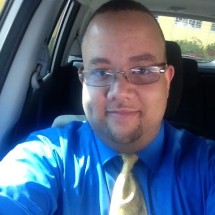 Chris is the founder and Managing Director of Chrysalis Communications — one of the more vibrant design firms in the Caribbean. He has approximately 20 years experience in marketing, advertising, graphic design, and website development. 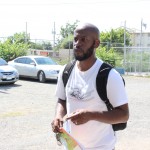 Charles Hyatt Jr. Has spent his life thinking about one thing, people. He has spent that life trying to make sure that people are able to reach their highest potential at every chance available. Weather working with local disk jockey in DC/MD to create the areas number one sound system “Delta Force” or inspiring children and young adults to think and act on making the best out of life, he has always put his energy in enhancing others lives.

While attending Lincoln University in Pennsylvania Charles helped pioneer the first all reggae radio program on the university’s radio station and maintained it until he graduated.  His radio experience stems from Pennsylvania’s WLIU 88.7 FM to DC’s WMET 1160AM. Both these shows showcased the Caribbean culture in colorfully positive ways which intrigued many who had it as the only way to know the region.

In 2003 Charles teamed with DJ Baby Ace to launch Baby Ace Radio, an internet based radio station built on the vibes of Dancehall, Hip Hop, and R&B. With remixing, juggling sessions, and interviews of the industry’s stalwarts, Charles, or “SKS” as he is known by listeners, had the main goal of exposing the world to the new and ‘Gold’ sounds of Jamaica. His staple program while on Baby Ace Radio was “Upcoming Artists” where he showcased the talents of young artists in order to get them airplay and a chance to become a household name.

He has also tried his hand at many other professions such as comedian, counselor, actor, salesman, IT professional, janitor, and non-profit owner, to name a few. He decided to stick with IT and has gained a Masters of Science in Management Information Systems, which has, in over 20 years, fostered the ability to work on three continents in that capacity. 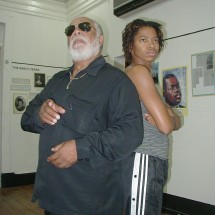 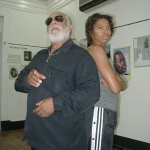 Talent Agent & Resultant, Nicole believes there are solutions to every difficulty, hence the term Resultant rather than a consultant. Currently, she is the Managing Director of her own agency committed to exposing Jamaican talent of all genres to the world. 2015 will mark 10 years since Nicole began working in Entertainment professionally representing some of Jamaica’s talented artistes, musicians and comedians on the local and international market and amassing a wealth of experience and knowledge along the way. To date, she has booked and toured with some of Jamaica’s top artistes and international acts such as Tarrus Riley, Alaine, Sean Paul, Wayne Wonder, T.O.K, Luciano, Pressure Buss Pipe, Ernie Smith, Lloyd Lovindeer, Baby Cham, Christopher Johnny Daley & Pretty Boy Floyd to name a few. She has ventured into production having staged the live show series Comedytainment in 2013.

Her love for development of the arts and entertainment sectors have seen her volunteering on boards and organisations such as the Jamaica Association of Dramatic Artists (JADA); Jamaica Reggae Industry Association (JaRIA) and the International Theatre Institute (ITI) where she has represented Jamaica at the International Theatre Institute (ITI) Executive Council for 3 years and co-produced the staging of the annual ITI Jamaica Centre Actor Boy Awards – Jamaican Theatre’s ‘Tony Awards’. She has worked in theatre productions over the years where she met and was mentored by Louis Marriott, Trevor Rhone, Charles Hyatt among others.

Nicole attained a Business Degree in the field of Finance

from the University of Technology, Jamaica and has practiced in the areas of Accounts, Merchant Banking and Treasury Management before embarking on a career in Entertainment Sector.

Nicole believes in continuous self-development and the empowerment of others to reach our full potential and is proud to be on the board of the Charles Hyatt Foundation, which embodies that path. On her private time, she loves spending it with her daughter.

To give all young people, access, opportunity and options to become positive professionals